Once again, Steve Strout, the fearless leader of the Comic Book Swap Meets, has put on a great show.

It took place in the Tri-Area Community Center in Chimacum. It attracted a Nerdom hungry to see and share everything we had to offer.

Let me back up a bit. It started for me when I drove to Port Angeles for an errands Friday - driver's license renewal, get my nose stud changed from the healer hook to the little sparkly jewel, get parts for the guitars and ukulele from Peninsula Music (friendly, well-stocked, PATIENT). Then I stayed overnight at Toadlily Hostel in town.

After getting some more errands done, I strolled down to the New Moon Cafe to try out their home brews. Specifically to conduct an experiment. Remember when "experts" said wine and chocolate didn't go tegether? I decided what I could pair up with beer that "didn't go." So I dropped in to the candy shop down by Anime Kat Comics and Games and picked up a few samples.

Let me tell you, Marionberry and dark chocolate sticks are lovely with ginger 6% cider, and Licorice All Sorts are even better. I didn't get any Boston Baked Beans because the candy shop folks and I decided those would already be a hit with beer.

There I met a gentleman from the Caribbean, named Alex, and as the sun set and the moon rose, we became the core of a porch party. Silliness reigned.

Next morning, got up early, made coffee for everybody, and was on my way. Took me about an hour to get there. It's a big State, and the Peninsula is the size of some States.

See the Tardis? THERE ARE MASQUERADE PLANS. Opttacon won the use of it. Be prepared!

Of course there was a charity auction and food bank collection. No comicon is complete without charitable work. I didn't win anything, but lots of happy people did! Some folks bought a bunch of tickets and then didn't show up for the drawing - just to donate.


I hit every table saying POSE FOR THE BLOG - and didn't they just?

And then I took a "shortcut" home, and ended up on Egg and I Road and wandering around until I found a tourist couple with a GPS. Just because I know the West End of the Peninsula doesn't mean I know the East. 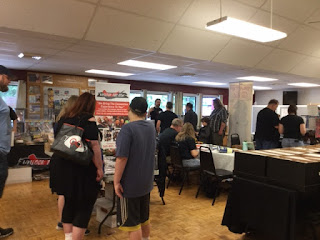 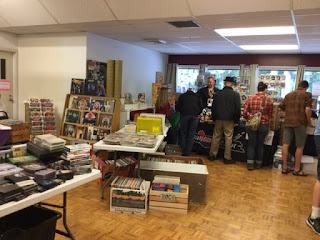 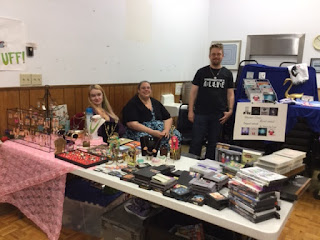 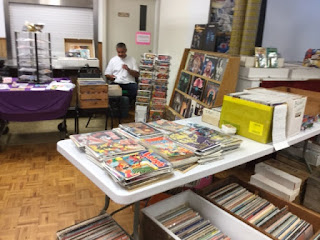 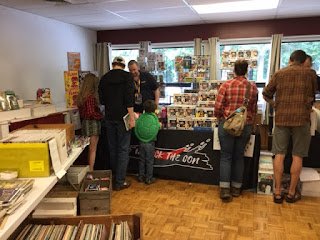 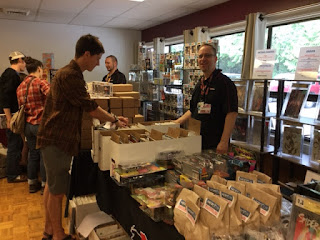 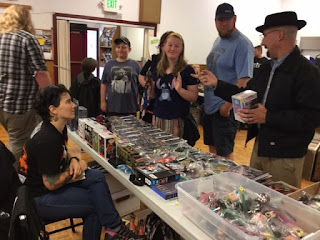 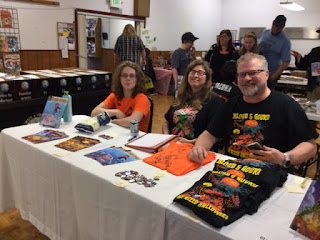 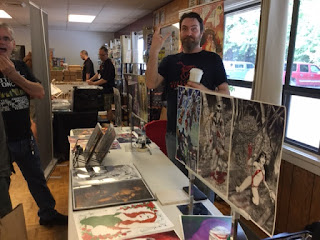 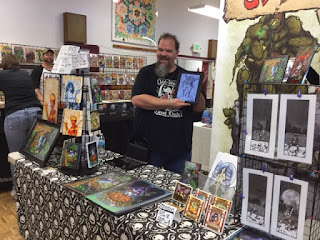 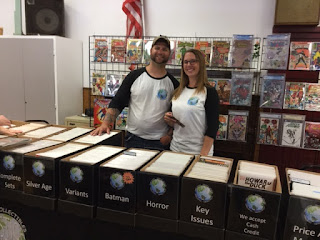 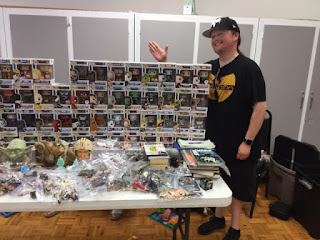 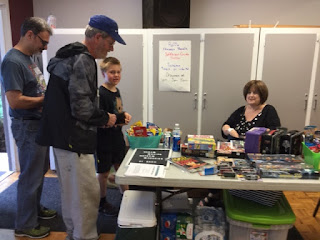 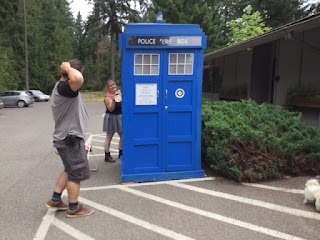 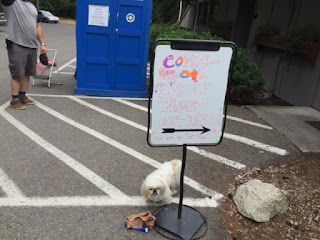 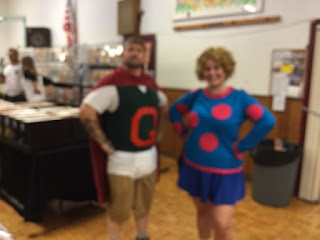 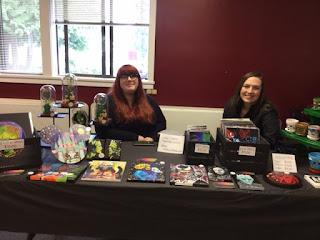 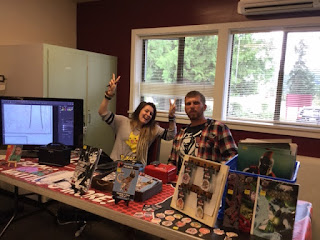 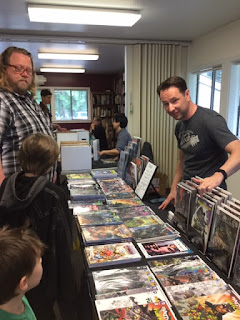 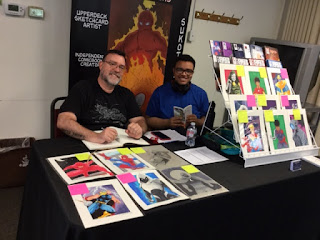 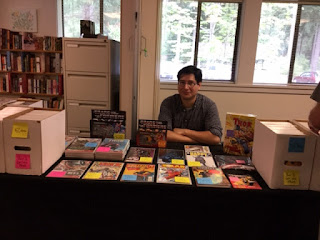