SquatchCon is Port Angeles's very first comicon. This is me with my Ka-Blam tshirt and some of the first cosplayers to show up, on Thursday. Ka-blam is the best print on demand company, especially for floppy comics, with almost 80's prices!

It was crazy. There are photos all over social media of this event. The tables sold and number of attendees, including for panels - including very professional cosplay - were like for a six-year-old con. In it's first year, it outgrew its space bigtime. I ended having a double title: SquatchCon Outreach AND Fairy Godmother. I am all over this thing, having the time of my life.

This is what the organizers say: “So weirdly enough, we're going to be looking for another venue for Squatchcon after all. Between the outdoor issues and hallway crowding, the building owner felt that it was literally too successful for our space. Stay tuned!”

Next year, the convention plans to split into two simultaneous events, SquatchCon, and NerdCon. Who plan to have bowling leagues and a playoff during the convention.

That first night, we had Drink and Draw at Bob's Studio. 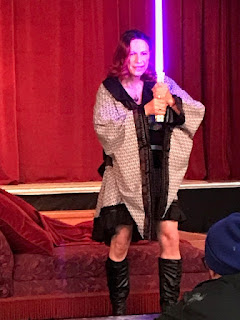 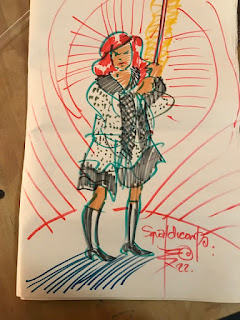 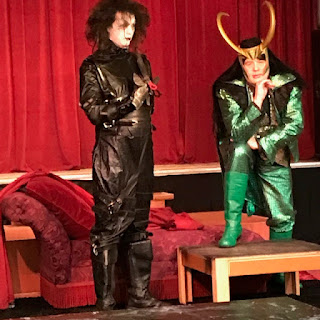 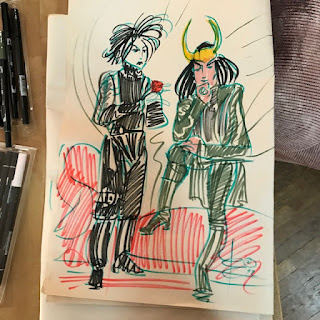 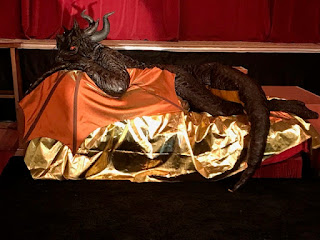 Posted by Donna Barr at 3:35 PM No comments: