Just spent a couple days at Photosynthesis 5.
My cut line for the local paper: "This popular techno-music festival returned for a second year, offering long nights of music, light shows, bonfires, massage and healing tea ceremonies. Local and traveling vendors find eager daytime customers for food sales, costuming materials and jewelry."
Not so much on paper items. But everybody was into the idea of the Clallam Bay Comicon, and that the Photosynthesis folks would be welcome at it. Only one guy was awake enough to show up at my lecture - the dancing runs until 4:30 am, and the lecture was at 11:00 am, which is first-splintery-light-of-day wake-up time for these folks. But my audience of one paid deep attention and asked a lot of questions. I think he's going to use the "Cheap and Easy" model for a gardening-garage sale-comicon for starters in his yard. Baby steps is the way to go.
Raining most of the time, of course. Got soaking wet in a badly-built tent put up by the folks from the local gallery. I think Kevin in the big tea alcove saved my life in the cozy warm tent, with all that hot, comforting tea. The big bonfire over by the dance-hall didn't hurt, either. The laser lights extended their effects out into the smoke and mizzle.
After working so hard on other trade shows and especially the comicon, I think I might just - gasp! - reward myself with the Photosynthesis Festival from now on. Just going to a show to goof off and have fun (oh, okay, and to shove ideas).
What a concept!
Posted by Donna Barr at 1:51 AM No comments:

This went out this morning to authors, customers, editors, reviewers, newspapers, magazines (online and print):

The event was surprisingly successful, considering the isolated community and long drive. Artists, writers and fans traveled from Seattle, Forks, and Clallam Bay to buy books, convention t-shirts, and to pick up tips for for a new convention "Dragon model," that will allow small towns to host their own comicons.
Donna Barr, who has been in the comics industry as author, publisher and promoter since 1986, took advantage of her long experience, wide contact base and social media to promote and organize the event.
Dara Korra'ti wowed the small audience with her pirate and protest songs and her "Irish Bouzouki."
Seattle authors Kevin Boze and Mark Monlux, and Donna Barr - who hosted the event - enjoyed themselves and sold more product than expected.

Comicon attendees enjoyed the local scenery and beaches, as well as refreshments at Fun Days and meals at restaurants. They were favorably impressed by the comfortable and reasonably-priced motel accommodations. The Fun Days fireworks were a special treat.
Plans are already afoot for the 2013 Comicon. The Facebook page, "Clallam Bay Comicon," is taking fan and professional input on best time of year. So far, the voting has been leaning toward May, but the actual date would also depend on when west-end businesses open after the winter season.
Clallam Bay Comicon encourages other peninsula communities to sponsor their own Comicons during the Clallam Bay event. Chambers of commerce as well as individuals and businesses interested in details are advised to contact Donna Barr.
She may be reached at: donnabarr01@gmail.com or call 360 963 2935
Posted by Donna Barr at 10:41 AM No comments: 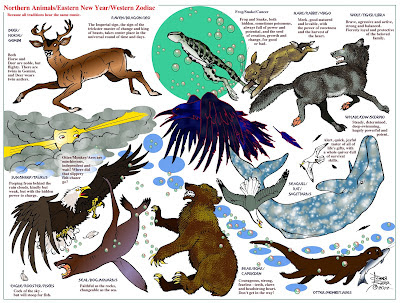 Posted by Donna Barr at 4:19 PM No comments:

Yes, I wore my Ka-Blam tshirt to the Clallam Bay Comicon. So I get $10.00 for printing for Indyplanet books!

Posted by Donna Barr at 1:38 PM No comments: